The race is on to find new ways to tackle disease

We don’t often think of microscopic organisms such as fungi as being particularly athletic. Certainly not Olympic champions.

But understanding more about fungi – which includes moulds and yeasts – could lead to new ways to prevent the devastating diseases they can cause. That’s why we’re competing in this year’s Fungus Olympics.

It’s an international competition in which teams had to find ways to encourage certain fungi to navigate a microscopic obstacle course. There will be a winner, but everyone benefits from the knowledge gained in the tournament.

The good and the bad in fungi

Fungal yeasts and moulds are highly perceptive of surfaces they colonise, and can navigate according to a basic sense of “touch” and chemical sensing.

This sensing ability makes fungi devastating to the plants we grow for food. For example, fungi that cause rust diseases in cereal crops perceive ridges on plant leaves and can grow to invade pores in the leaf surface.

But not all fungi are bad. Some beneficial mycorrhizal fungi colonise plant roots and help plants grow by providing nutrients.

In human health, fungi also have benefits and harms.

The antibacterial compounds extracted from the mould Penicillium notatum heralded the antibiotic age with unprecedented improvements in human health in the 20th century.

But the global impact of human fungal diseases is a neglected issue. It’s estimated that fungi kill more people per year than tuberculosis and malaria combined.

With their invasive filaments, known as hyphae, some fungi are adapted to locate and penetrate susceptible tissues to spread life-threatening infections. 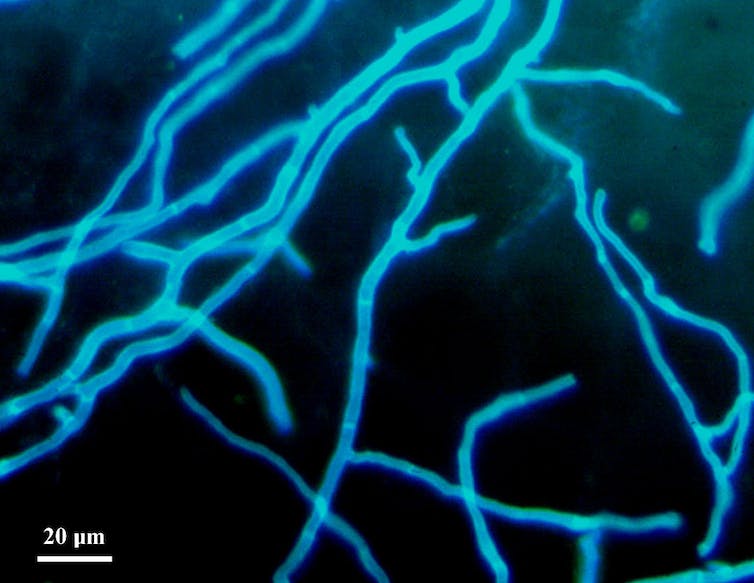 The thought of sneaky hyphal filaments infiltrating human tissues and searching for ways to spread infection is the stuff of nightmares.

When fungicides no longer work

Similar to the issue of antibacterial drug resistance, antifungal drugs and fungicides are becoming less effective due to acquired resistance.

It is also becoming harder and more expensive to develop new antifungal compounds that can kill fungal cells while remaining non-toxic to host cells.

A new idea is to find alternatives to killing fungal cells, such as ways to take out their sensing abilities to stop them from recognising a plant or animal hosts.

This is why understanding how fungi sense and respond to surfaces is an important area of research.

In 2018 I learned about the inaugural Fungus Olympics where fungi are the competitors and the events are held in microscopic mazes.

This year, at least 29 teams are involved, including us. All we needed was a memorable team name.

The events consisted of fabricated microscopic channels moulded in soft polymers in small petri dishes, and sent to us by mail. The competitors are different fungal organisms, selected by each team. 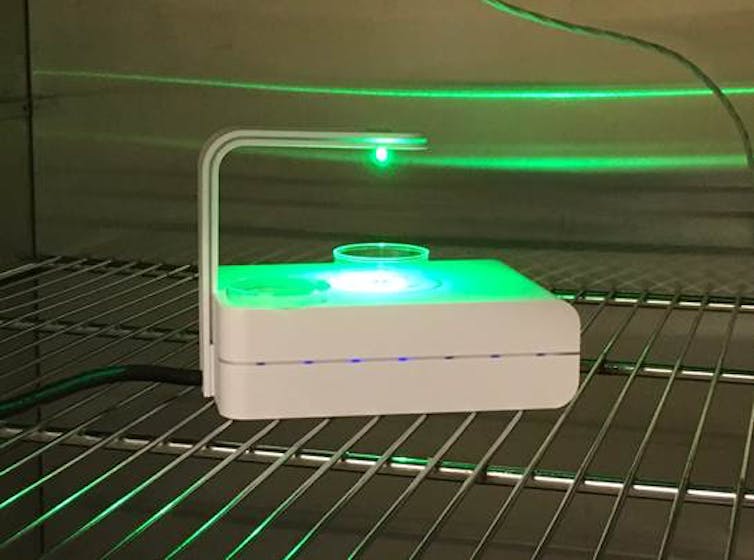 To observe the microscopic events the organisers couriered small digital microscopes to capture live-cell images as fungal hyphae (filaments) raced around and through the maze device.

At the “ready” stage of the race, fungal cells were injected into the maze and on “go”, images of the fungus were captured in time-lapse video and uploaded to cloud storage.

In the interest of fairness, only the organisers could access the runs of all the competitors, meaning that each team was blind to the fungal species and the specific conditions used by other teams.

This is highly secretive business because in the Fungus Olympics, the use of performance enhancing substances is actually encouraged. Each team is free to choose whatever growth medium and supplements are needed for optimal performance.

With fungi, adjusting the temperature by a few degrees here or there, or giving them a bit of extra glucose, can turn a lacklustre competitor into an Olympic champ.

Different events presented unique challenges for the fungi to overcome. There was the: 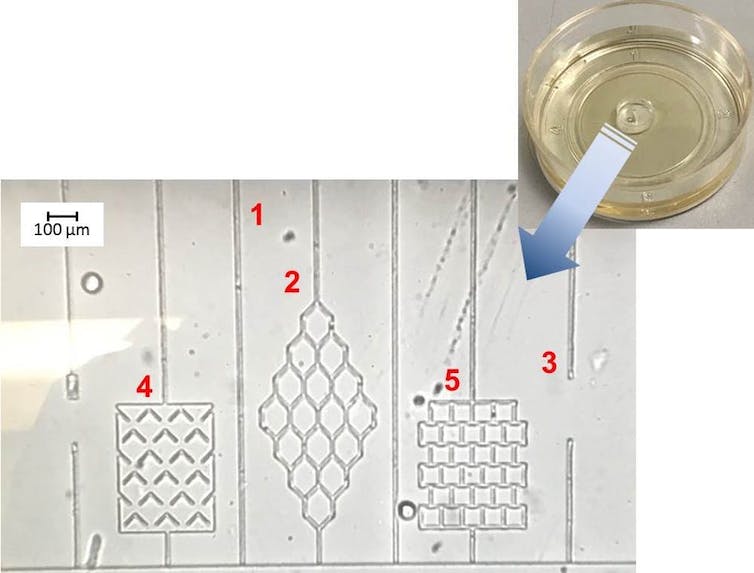 The last competitors completed their runs at the end of April, and it’s now up to the judges to select the winners based on the performance of the fungi.

The results are expected to be announced on twitter @FungusOlympics and the prizes awarded in August the at the Mycological Society of America meeting.

While fun events such as the Fungus Olympics show fungi can navigate obstacles and overcome barriers, there are valuable lessons to be learnt about the relationships between fungi and the properties of materials.

My lab is using these ideas to design new materials that mimic the chemical and physical properties of plant and animal host tissues. The goal is to better understand how fungi use surface sensing to plan their attack.

If we can identify any inhibitors of fungal sensing to confuse them and prevent host recognition, then essentially we can disarm them and thus prevent them from causing any damage.

This is a promising new strategy for stopping harmful plant and human diseases that does not rely on the use of toxic drugs to which fungi can develop resistance.

This is why understanding more about how fungi sense makes sense in outsmarting these cunning pathogens.

So fingers crossed for a medal for our contribution to the Fungus Olympics.

Author: Dr Bryan Coad is Senior Research Fellow in the School of Agriculture, Food and Wine.

This article is republished from The Conversation under a Creative Commons license. Read the original article.

Tagged in Research, Engagement and Industry, School of Agriculture Food and Wine, School of Biological Sciences